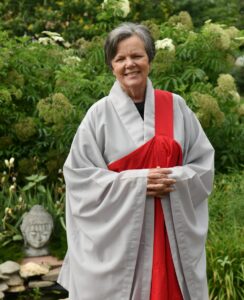 Guiding Teacher, JDPSN, Rebecca Otte
Rebecca began practicing zen meditation in 1995.  She took senior dharma teacher precepts in 2007 which allows her to give consulting interviews.  She took Bodhisattva precepts in 2016 and in December 2020 received inka.  She is a founding member of Prairyerth Zen Center.  She lives in Topeka with her husband, Ken and is retired from her profession as a nurse midwife. 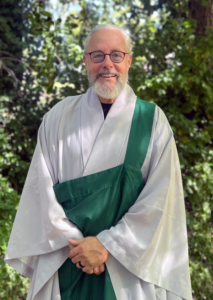 Nim
Zen Master Seung Sahn was the first Korean Zen Master to live and teach in the West. He was the 78th in his line of transmission in the Chogye order of Korean Buddhism. He came to the United States in 1972 and soon after started the Providence Zen Center. It was the first center in what would become the Kwan Um School of Zen, now with over a hundred centers around the world. His books include The Compass of Zen, Dropping Ashes on the Buddha, and Ten Gates. He died in 2004 at Hwa Gye Sah temple in Seoul, South Korea.

Please email us if you have any questions